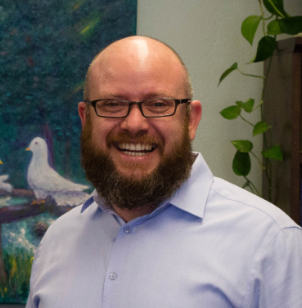 Bipolar disorder, formerly referred to as manic depression, is a type of mood disorder. With a defining characteristic of rapid switching between extreme moods, bipolar disorder can drastically impact the lives of patients.

What is Bipolar Disorder?

Mania, which can last for up to three months, is the opposite of depression, with an elevation of mood (euphoria, cheerfulness, or irritability) that is often accompanied by impulsive, risk-seeking behavior.

Many patients with bipolar disorder go through periods during which they experience no symptoms; this return to their normal self - called a eurythmic period - is often a short-lived break before cycling into the other extreme mood.

There are several types of mania:

According to the fifth edition of the Diagnostic and Statistical Manual of Mental of Mental Disorders (DSM-5), there exist four types of bipolar disorder:

Certain forms of talk therapy, particularly [[crosslink:'cognitive-behavioral-therapy','Cognitive behavioral therapy']] (CBT) and interpersonal and social rhythm therapy (IPSRT), have been found to help patients with bipolar disorder. CBT helps patients identify and change maladaptive thinking patterns and emotional responses, and can be particularly useful for combating bipolar depression. IPSRT can be helpful for bipolar patients because it is focused on developing a consistent routine, which allows for better mood management.

Electroconvulsive therapy (ECT) may be used in severe cases that are not treatable with medication. During ECT, electrical currents are passed through the brain to trigger a brief seizure. While this treatment may cause memory loss, it alters brain chemistry in such a way that symptoms of bipolar disorder may be reversed.

“What is bipolar disorder?” can be a complicated question to answer, considering how diverse this condition is. Almost all patients with bipolar disorder can benefit from treatment, no matter what the exact diagnosis may be.