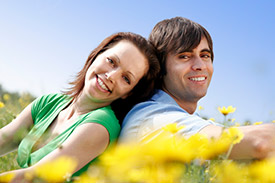 Radiosurgery is a medical treatment that combines radiation and surgery. This treatment is most typically used by neurosurgeons  in order to operate on the brain. Radiosurgery has been used to treat many different neurological disorders and has many benefits when compared to traditional neurosurgery.

Radiosurgery utilizes powerful, targeted radiation beams to address neurological issues. Despite the term “surgery” appearing in the name, radiosurgery involves few actual incisions and relies mostly on the radiation itself. Radiosurgery has been used to treat:

The indications listed above are just a small portion of what radiosurgery can address. Radiosurgery is not available for all neurosurgical procedures; ultimately it depends on the individual patient and their medical needs.

How Does Radiosurgery Work?

Radiosurgery works through the process known as ablation. Ablation is a scientific term that means “to destroy.” In essence, radiosurgery functions by using high powered beams of radiation in order to destroy - or ablate - tumors and cancerous cells.

There are several different methods of radiosurgery available. Some of the most common types include Gamma knife, Cyberknife, X-ray  therapy and stereotactic radiosurgery. Regardless of the individual machine or radiation type used, the general process for radiosurgery is the same:

There are many benefits to radiosurgery when compared to traditional neurosurgery, including few risks associated with the treatment. Radiosurgery is less invasive and causes reduced post-surgical scarring.

The treatment also features drastically reduced downtime and recovery time: a patient receiving traditional neurosurgery to remove a tumor may face several weeks of recovery, while a typical patient receiving radiosurgery can reasonably recover in a matter of days.